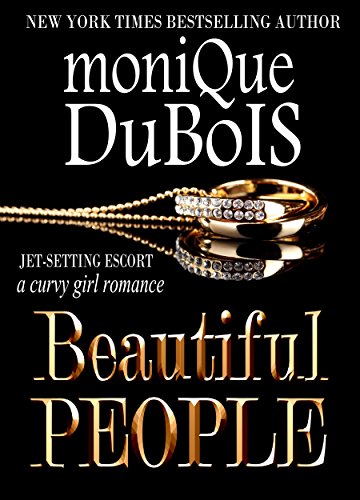 I'm also discovering myself: the independent, sexy, confident woman I was meant to be.

Trouble is, I can't give my body without giving my heart. I'm falling in love with more than one man, and they with me. I can't choose just one. Or can I? Showing results by narrator "Sabrina-V". Filter By. Reset All. English Program Type. Audiobook Program Format. Unabridged Listen or Read.


Whispersync 4. Customer Review. Length: 6 hrs and 56 mins Unabridged Overall. Add to basket failed. Please try again later. Add to wishlist failed. Free with day trial. Woman in car crash hits her head apparently and can't remember anything of who she is. Her husband finds her but she doesn't recognize him and passes out and into a coma. She wakes has no idea about anything, doesn't even recognize her own face. She goes home and the reader gradually finds out that she was not a nice person but since she can't remember She lives in a huge house with her husband and these apparently French siblings who work for her and her husband.

Anyways she kind of starts to remember, makes up with her husband Who does end of rescuing her. So there are my vague summaries of books i read at one type and can't remember. I've been looking for these forever it seems like cuz they were really good Help! Do you all know about Byron? The last one sounds a little like a Theresa Charles book which was published as both Dark Legacy and Happy now I go, neither of which touchstone. I love this book. I don't think it's that one since I remember it being more contemporary then that It was republished in the 80s, but it was very much set in WW2.

Although since it was written during WW2 orignally the "feel" is more contemporary. Sort of.


But the French part is not it. A woman wakes up in the hospital in France after a car crash. She has amnesia and doesn't recognize the man who claims to be her husband. He lives in a castle with his mother and sister -- and they have a daughter she doesn't remember either. Eventually it turns out to be a case of mistaken identity. Too bad no one else recognizes my first one! It sounds interesting. I just added it to the Romantic Times Book Sleuth discussion thread, though.

Winnie, I don't see a post that you found your book 21 yet. Could it be Love's Charade by Jane Feather? Oh, this is so exciting! The book I'm looking for is a totally trashy romance my cousin and I read for the sex scenes when we were younger. It involved this guy who was a teacher or a professor and had bright red hair.

Anyway, he had sex with a bunch of girls, and they all came back to this reunion with batches of redhaired children It was cheesy, but I remember it so vividly and wish I could find it again! Anybody recognize it? No sorry. But welcome to the group superblondgirl! Jenson, According to the people on the Romantic Times Message Boards, my book 2 up there is Fantasy by Lori Foster , which they say was originally published as part of a series romance and then repubed after she got famous.

I've got it bookmooched now, but I haven't received it yet, so I'll let you know when I get it in. Ireland, I have Foster's Fantasy, but I didn't recognize it from the bits you remembered. Here's the blurb from the back cover: Security consultant Sebastian Sinclair agrees to be sold at a bachelor auction. Being bought is one thing, now he's about to be given away as a gift for some lucky birthday girl.

But one look at Brandi Sommers and Sebastian can't wait to be unwrapped. Brandi really means it when she says "Oh, you shouldn't have" to her sister's outrageous birthday gift, a five-day dream vacation to a lovers' retreat. Lover included. What's she going to do in paradise with the sexy stranger Sebastrian Sinclair? Brandi soon discovers she can do whatever she wants. I remember this one now.

If you like Fantasy, and you haven't read the other Visitation books, you should. They are all fabulous! I hope someone can tell me what this book is. I read it years ago, from the library, and could never figure out what the book was after I sent it back. I don't know names either.

All I remember was that the lady was going on vacation in either scotland or england. She was staying in a type of lodge or log cabin. There was something magical that appeared, some type of God or Faery. They fell in love. It was forbidden for him to love someone, so he was sent back to no-where land before a council to get his fate judged. She went home and balled her eyes out. She told her sister or someone close to her about him, and the person was convinced that it was all a dream, that she had from the plot of a book she was reading. She convinced herself of that too.

Then months later he moves in across the street from her, and thats the end of the book. I keep thinking that he begged the councel to send him back as a person so they could have a life together. BUT I have a very active imagination, so I don't know if that was in there or if I just dreamed it up myself when the book was done with. Thanks :D. The Secret Life of Bryan was one of my faves of the visitation series. I'll have to check out fantasy, it sounds good. Ireland, it will be interesting to see if they got the right book.

CrazyDaisyLou - It kind of sounds like a short story I read in Man of My Dreams which was an anthology except the ending it much, much different. In this short story the heroine is a librarian who discovers her former lover at a solstace celebration. He left her because he had been taken by the fairies and was the consort of the fairy queen. It's probably not the same one but I thought I'd mention it. It does sound like a very good story, hope you figure out what it is.

There is a Johanna Lindsey with a plot like this. The heroine is named Rosalind or something like that and is a medieval history professor. She collects swords and bought one that was cursed and brought forth Thor, a Viking warrior. They fall in love and travel through time, and the only way to break the curse is if she voluntarily gives him the sword back, which she does to free him, but it send them back to their respective times.