But the early church was unmistakably not militaristic. Early Christians were never fascinated with the power of the Roman military; rather, they clung to the rhythm of the cross, where evil is conquered not by swords and spears but by suffering and love. When it comes to people perceived as threats, most people today—ironically, even Christians—prefer justice to grace.

Maybe Christians should serve in the military or use violence as a last resort to defend the innocent. These are tough questions to answer.

A worldwide community welcomes you.

The early church also valued the corporate study of the Bible. You may think the modern church has this one down. 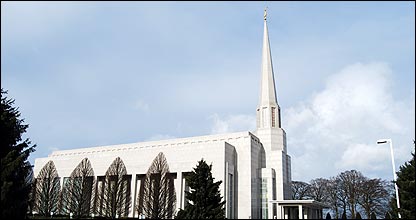 Most Christians own several Bibles, and church programs often contain a wide array of Bible studies and spiritual classes. Be that as it may, Christians today exhibit an unprecedented biblical illiteracy despite owning dozens of Bibles. Early Christians eagerly soaked up the word of God like a sponge. The New Testament letters, for instance, not only contain direct quotations from the Old Testament but also many subtle allusions brief phrases that were expected to be understood by the reader.

For instance, the book of Revelation alone does not contain a single direct quotation from the Old Testament, and yet has more than allusions to words or phrases from the Old Testament. These allusions could only be picked up on by readers who were intimately familiar with the Old Testament Scriptures. This is why Christian leaders in the first centuries of the faith mandated a rigorous, communal study of the Bible for everyone who became a believer.

Every new convert to Christianity spent their first three years of the faith studying through the entire Bible so that it seeped down into their bones. To become a Christian meant becoming reconfigured through the Word of God. The whole idea of doing private devotions was unthinkable until years ago. The first Christians actually lived as if the same God who breathed stars into existence also breathed out His Word for us to cherish, memorize, and read ten thousand times over.

They would have been mystified by our modern ability to own, read and yet neglect the priceless written word. I fear that our desire to get back to the early church would require a rather extensive overhaul of the shape of contemporary gatherings. The shame of being a sinner was magnified because I lived in Utah and my neighbors were mostly mormons.


How hard could it be to be a good mormon…? The meetings were boring and the speakers dry.


The tone left me uninspired feeling more rebellious. I felt uncomfortable and judged like I was foreigner. It was and my reading interests took a u-turn from World History to Mormon History. From my earlier missionary days I was well-versed in the early history of the church and its founder Joseph Smith.

Unfortunately it was the white-washed version. Kind of like Christopher Columbus being friends with the Native Americans rather than the real story of genocide. On one hand I was relieved because I had felt like a mormon sinner: on the other I was upset that no one told me this information existed. I had to find it on my own in a book I was told was anti-mormon lies. Married 7 years 3 little girls and this was the last thing I expected to stumble into.

If I had a do over: this would be the moment… Remember this moment!!!

Because right after my new discovery I fucked it all up. Today I blame no one; not even myself. I was mad because I felt betrayed by my religion, this religion, whatever the religion, it lied to me, it lied to everyone. I was lied to from my leaders from my prophet who I trusted as a mouth piece for God.

I lied to myself and occasionally to others, but I was a sinner and had a low self-esteem. Ironically this made me an easy target for my religion. This made me trust in others over my intuition of what was right. But I had neither the courage or the strength to make my own choices.

I had more to read and many more questions to ask. This was and very few humans navigate beyond their prescribed boundaries. When I started to ask questions I was met with scornful allegations and blinking warning signs. I was reading the wrong books over the right books.

I discovered an itch or a blatant curiosity infesting my mind. Gone was my prodigal return from a life of sin and debauchery. I had no one to turn to, no one to ask questions. I knew no one who was struggling to find these answers, a safe place to talk. So I raged quietly and kicked and screamed like a child.

Amidst my existential crisis I was broken: not from my recent betrayal; from my childhood of never measuring up. In a strange way I expected my religion to betray me… It had to, they all do, they all have to. I recently read how myth is essential to our congenial existence of large populations.

4 Ways the Modern Church Looks Nothing Like the Early Church

Without our common beliefs in ideologies social scientists have discovered we fall apart as a large society. We want to kill each other. From Amazon and Apple to Mormonism and Scientology they are imaginations we created in our minds. We need to believe in something imagined that not only you and I believe but millions believe also. This is what allows us to live in harmony. My marriage ended in and I lost my daughters. I resigned my membership with the Mormons and months later was granted leave with a reminder.

That my Baptism and Temple blessings and eternal family was cancelled in the next life. I smiled at their words and the choices they make to believe those words can or will punish a soul. I ran from this religious ideology for my freedom, my awakened beginning on Earth from slavery and bondage. I have continued reading and reading and have learned that my running from that prison to my perception of freedom was another illusion.

We run from one prison only to be engulfed by another. I have not joined another sect, or ideology, or tribe or belief system.